As a music student, my major was composition, and over the years, I have written a small but significant body of contemporary classical music.

Composition, whether in music or the visual arts, fascinates me; the construction and architecture in particular. There’s something special about bringing something new into the world. Music and sound, however, is so abstract that every time I begin to write a piece, it is completely new and daunting ‘experiment.’

In college and university, my music was heavily influenced – coincidentally – by two Hungarian composers: Béla Bártok and György Ligeti, but I was also drawn to American composers like Elliott Carter and George Crumb. Most of my music is for piano – either solo or with some small chamber ensemble.

I began my studies in music composition with the late Dr. Eric Sweeney at Waterford Institute of Technology (1997-2001). As a participant at the Irish Composition Summer School for a number of years during my undergraduate degree, and on the strength of my Piano Trio, Op.3, I was introduced to the British composer, Prof. Nicola LeFanu, and under her tutelage, I pursued an MA in Music Composition at the University of York, UK (2001-02).

Here are some of my works below:

The first two pages of my 2009 work, Untitled for flute, violin, cello and piano. 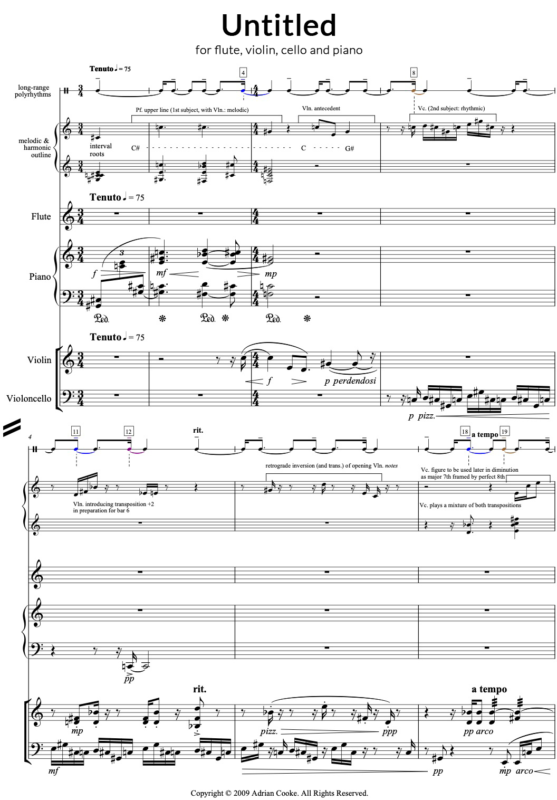 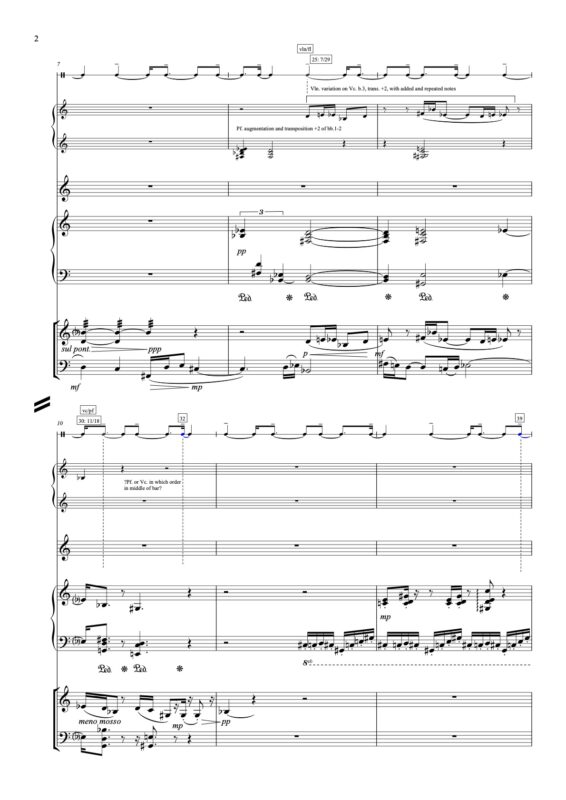