Read my biography below

I have been working as an artist and musician for almost 30 years, pursuing a career in classical music, working in arts management and graphic design, and running my own fine art school. 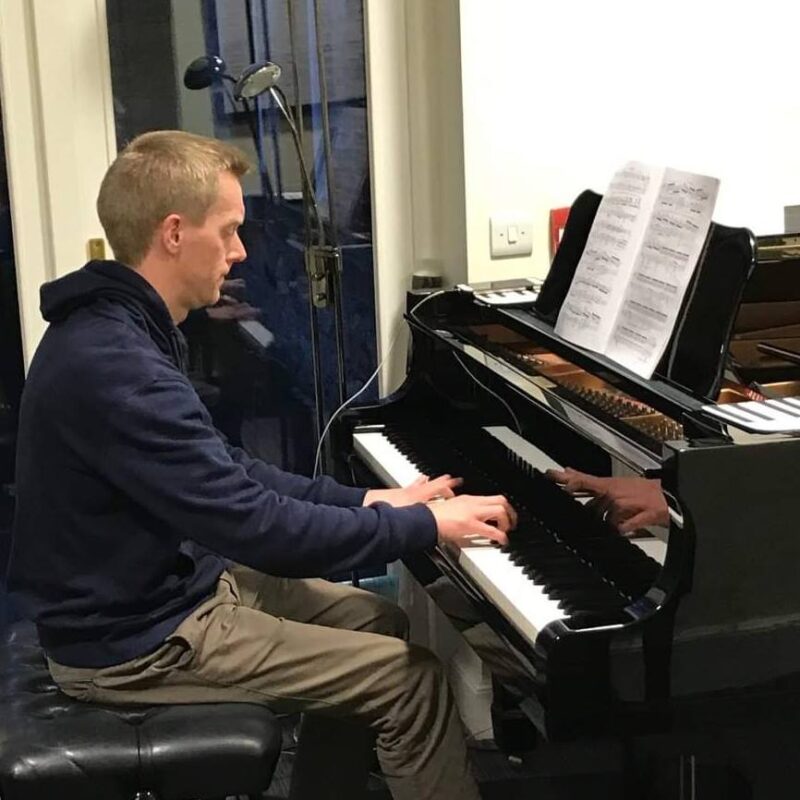 Despite having a keen interest in music from a young age, particularly in piano, I didn’t have the opportunity to study properly until after I had finished school, at the age of eighteen.

In 1995, I began studying music from scratch, so I had a lot of catching up to do in a very short space of time, initially learning classical guitar to Grade 8 ABRSM at Dublin School of Guitar, and music theory and piano at DIT Conservatory of Music & Drama (now TU Dublin Conservatoire). In preparation for my undergraduate degree, I enrolled on a one-year Foundation Certificate in Music at the conservatory in Dublin (1996-97). At this time, I competed with DIT Choral Society at the North Wales Choir Festival in Llandudno, Wales (1997).

Following this, I gained a place on the BA (Hons.) in Music degree at Waterford Institute of Technology (1997-2001), earning a second class honours, and majoring in music composition under the late Dr. Eric Sweeney, and producing a minor thesis on the 38 Сказки (‘Skazki’) or Fairy Tales for Piano by the Russian composer-pianist, Nicolas Medtner. During my undergraduate, I performed in Ireland and Czech Republic, and was piano accompanist for WIT Chamber Choir, winning Bronze Medal at Petr Eben International Choral Festival in Prague (2000).

As a participant at the Irish Composition Summer School for a number of years during my undergraduate degree, and on the strength of my Piano Trio, Op.3, I was introduced to the British composer, Prof. Nicola LeFanu, and under her tutelage, I pursued an MA in Music Composition at the University of York, UK (2001-02).

I taught piano and music theory full-time at some of the best-known music schools in Ireland, including Waltons New School of Music, Dublin, and WIT Music School, Waterford, from 2002 to 2006. I continued to study piano with Dearbhla Collins at the Royal Irish Academy of Music, Dublin (2004-06). During this time, I won a commendation in the Piano Sonata Category at the Newpark Music Festival (2005), for my performance of Beethoven’s Sonata No. 27 in E minor, Op.90.

My piano and music studies took a back-seat for several years due to other work commitments, namely, in arts management for theatre and art galleries. I resumed my piano studies in earnest in 2016, studying with Dr. Archie Chen at the Dublin Piano Academy, and taking private masterclasses with Ireland’s premiere concert pianist, Finghin Collins. I also participated at Dublin International Piano Festival 2017 under Evelyne Brancart, Professor of Music (Piano) at Indiana University School of Music, USA.

I am currently working towards a Licentiate Diploma in Piano Performance (LTCL) with Trinity College London. 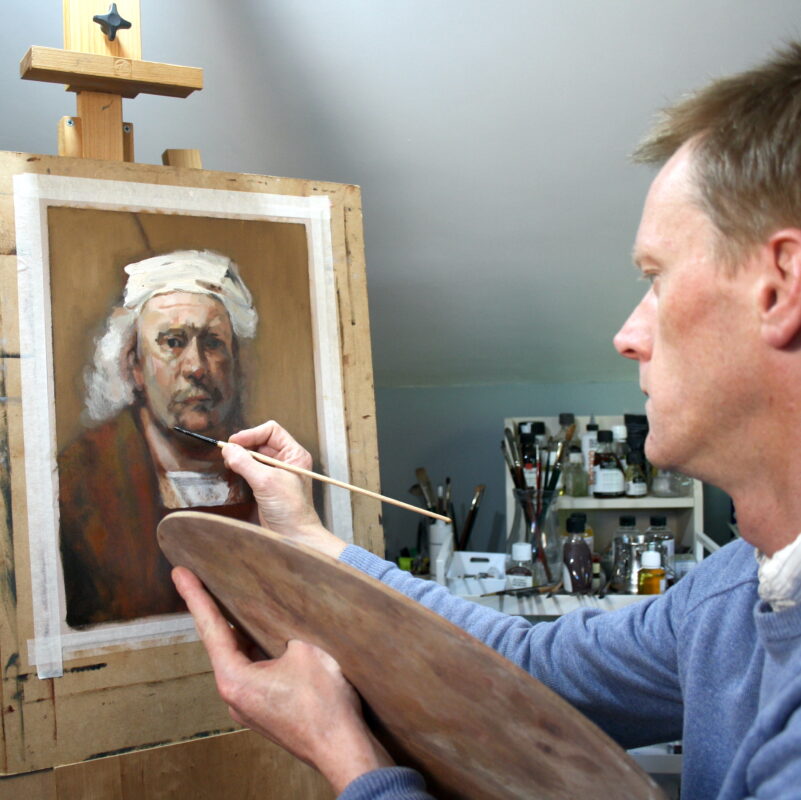 My earliest professional work in art (and design) was during my adolescence when I produced calligraphic copies for a local firm, and I was also creating large murals at that time. Although music took centre-stage as a young adult, I continued to draw and paint throughout my college years.

In 2012, I began studying classical drawing, initially for one year at The Drawing Studio, Dublin. I felt at the time, and I believe even more acutely today, that sound draughtsmanship must come first before turning one’s attention to painting. In 2014, I held my first solo exhibition – a series of classical portraits and master copy drawings – at 33 The Mall, Waterford. In 2017, I felt ready to begin formally studying realist painting, and I enrolled to the Angel Academy of Art in Florence, Italy. Since then, I have taken courses online and in studio with many classical realist artists and academies including Vitruvian Studio (USA) and Florence Academy of Art (Italy).

I started teaching classical drawing in 2015, and established my own art school, Classical Art Atelier, which I operated until 2022. During this period, I have taught hundreds of students from all kinds of artistic backgrounds, both amateur and professional, and from all over the world. In 2020, partly prompted by the lockdowns, I also began teaching online.

My work is predominantly with traditional drawing and painting media, and I regard these fundamental skills and techniques as essential building blocks in my own work. I would describe my style as oscillating between Classical Realism and Abstract Realism. 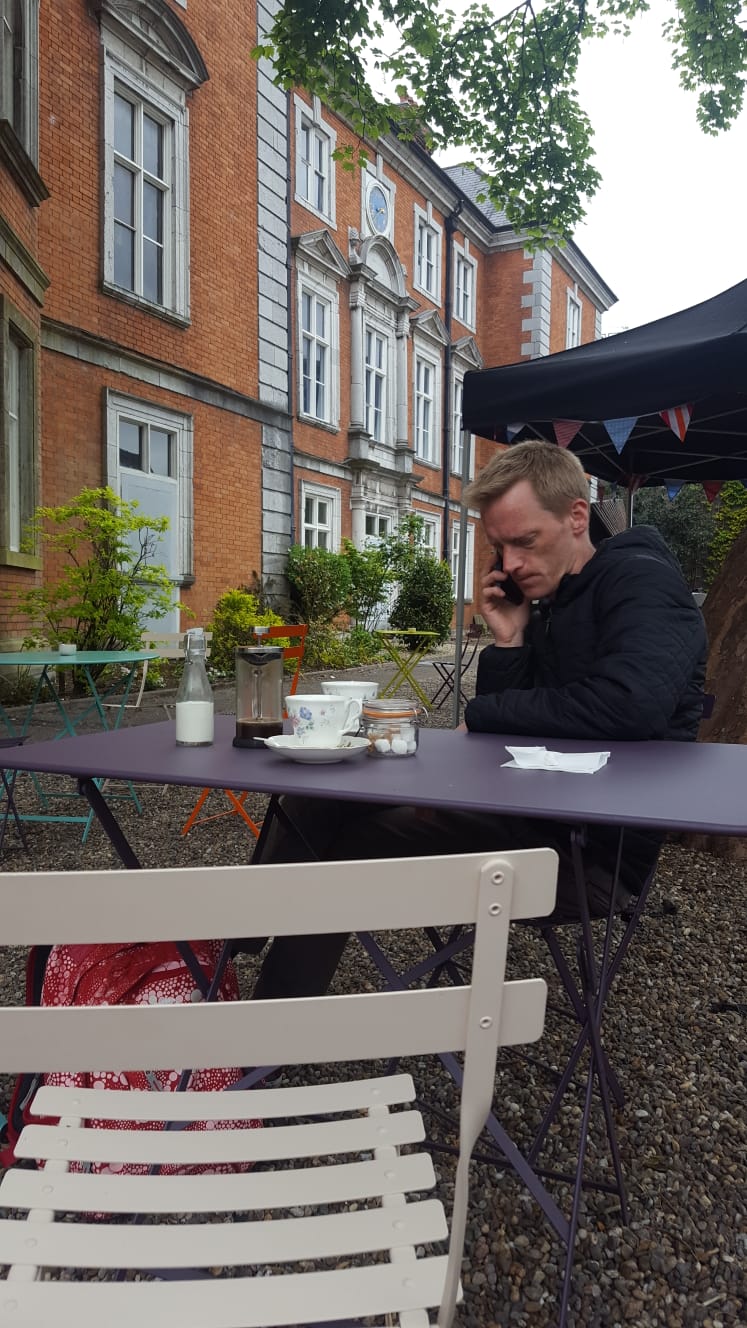 I have been very active in managing and promoting the arts since my college days when I co-founded and ran an award-winning college music society. Under the auspices of this music society, we organised many concerts and concert tours in Ireland and abroad, as well as charity fundraisers, corporate events, music education programmes and masterclasses, and of course, social events.

At the end of my undergraduate degree, I spent a summer internship at Crawford Municipal Art Gallery in Cork (2001), which was a wonderful experience due to the fact that two fantastic exhibitions were running there at the time and which I helped promote: Irish Painters in Brittany and Picasso’s Drawings and Sketches. The Irish Painters in Brittany exhibition left a lasting impression on me, spending months looking at them every day!

Around that time, I also did an internship at Garter Lane Arts Centre, specifically marketing their theatre productions, and worked at Kilkenny Arts Festival.

In 2007, in collaboration with the Arts Council of Ireland, I took on a marketing manager role with City Theatre Dublin, with a remit of developing the promotion of their theatre production tours around Ireland. This introduced me to every theatre venue in the country and also set me on the path of graphic design for identity, print and web, as all of this work had to be done in-house due to the omnipresent budgetary constraints within the arts. The following year, I started to work full-time in graphic design and marketing consultancy.

In 2011, I worked part-time at Origin Gallery on Fitzwilliam Square, Dublin, and its sister gallery, Urban Retreat, on Grand Canal Dock.

As I mentioned, my work in arts marketing prompted my enthusiasm for graphic design for identity, print and web, and in 2008, I started working full-time in graphic design and marketing consultancy. My role was quite diverse and covered:

I built up a steady and loyal customer base, and as well as working with commercial clients, I also favoured individuals and organisations in the arts, culture, heritage and tourism sectors. My clients included:

I had a long-term business relationship with Christ Church Cathedral Dublin (2014-17), producing graphic design across all of their departments, from religious, corporate, tourism and entertainment. I was also an advisor on their marketing and fundraising strategies, and implemented these through appropriate print and digital communication materials.